Back in October, Wizards of the Coast (WotC) teased the next evolution of Dungeons and Dragons would make its debut in the coming years. This both caused quite a stir and didn’t change much at all at the same time. It’s a consensus among everyone, and all but confirmed by those at WotC, that this new iteration of the game won’t be dubbed 6th edition. The decision makes sense as 5th edition has brought in the more new players than any other edition before it, but they have to do something for the table-top’s 50th anniversary. That’s where D&D 5.5e comes in. It allows the company to hold onto the success of 5th edition, incorporate the multitude of addendums they’ve introduced in the past few years, and celebrate half a century of gaming. What is it players can exactly expect from D&D 5.5e? The following are five things that you’ll most likely see in the next evolution of the game?

While keeping a lot of details close to their chests, WotC has established that any new books that they release will be backward compatible with 5th edition. The recent release of the Rules Expansion Gift Set also was the debut of Monsters of the Multiverse. The new supplemental book combines material that players have seen in Mordekainen’s Tome of Foes and Volo’s Guide to Monsters with an array of new playable monsters options. Dungeons and Dragons fans are likely going to get more material built off of what was introduced in Monsters of the Multiverse with D&D 5.5e.

Dungeons and Dragons saw similar backward compatibility when they released 3.5 in 2003. Like with 3.5, D&D 5.5e will probably intend to improve upon issues that players have had with specific classes, spells, and rules. The success of which we will have to wait and see. The reception to that iteration of the game was divisive, and it’s likely D&D 5.5e will have the same effect.

2. It’s Likely to Expand Your Options

Dungeons and Dragons 5th edition has released tons of supplemental material that has expanded players’ ability to customize their game. Xanathar’s Guide to Everything introduced new subclasses, Volo’s Guide to Monsters provided more race options, and the newest books, like Tasha’s Cauldron of Everything and Fizban’s Treasury of Dragons, has given players a whole plethora of new spells, feats, and subclasses to choose from. People are banking on WotC removing the inherent racial ability score increases and decreases. Players have the ability to truly customize their characters how they see fit. Some argue that players had the ability to customize before these changes at the Dungeon Master’s discretion, but having it in a written rulebook helps players who are just getting into the game. In D&D 5.5e, it’s likely that they will comply the material from these books into more comprehensive sourcebooks. 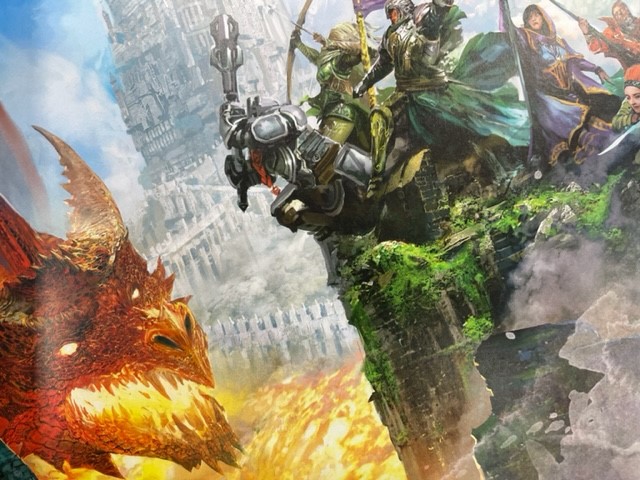 3. It’s What Players Asked For

The creators of the game have explicitly expressed that they’re bringing about these changes based on players’ feedback. WotC is big on sending out Unearthed Arcana, segments of playtest material, that they incorporate into books after surveying those who’ve used it. D&D 5.5e is a cumulation of all of the critiques and commentary that fans of the game have submitted. It’s likely players will see a rebalance of the classes and a rework of subclasses so that no character feels over or under powered.

It’s hard to say! While 5th edition has brought new players to the game, it’s also increased the chances that not everyone will be happy with how the game changes. And, not every issue players have with how the game plays will be addressed. However, it’s very likely they will ensure the game is accessible as possible to new players. While a complete revamp of mechanics, aka 6th edition, will be far in the future, D&D 5.5e is expected to hit the shelves of local comics stores in 2024.