How Will One Bad Day Affect Batman’s Greatest Villains? A Look at DC’s Upcoming Series of One-Shots

“All it takes is one bad day.” The famous quote by Alan Moore from Batman: The Killing Joke is the core of DC Comics’ upcoming series of one-shots. Batman: One Bad Day will explore new storylines for Batman’s most villainous and beloved rogues in eight standalones. Each issue in the series will be 64-pages and tackled by a different creative team, including fan favorites team-ups like Tom King and Mitch Gerads. Characters that will be featured include the Riddler, Two-Face, the Penguin, Mr. Freeze, Catwoman, Bane, Clayface, and Ra’s al Ghul, told by DC’s top writers and artists.

Batman: One Bad Day – The Riddler

Tom King and Mitch Gerads join forces yet again to dive into the psyche of Batman’s most puzzling villain… the Riddler. The two creators are an Eisner Award-winning duo behind the works of The Sheriff of Babylon, Strange Adventures, and Mister Miracle.

Edward Nygma has always been meticulous in his scheming. But, that all goes out the window when The Riddler kills a man in broad daylight for seemingly no reason. Batman isn’t buying it. The Riddler always has a reason, is always playing at some game, and there are always rules. Batman will reach his wits’ end trying to figure out the Riddler’s true motivation in this epic psychological thriller, scheduled to release August 16th, 2022. 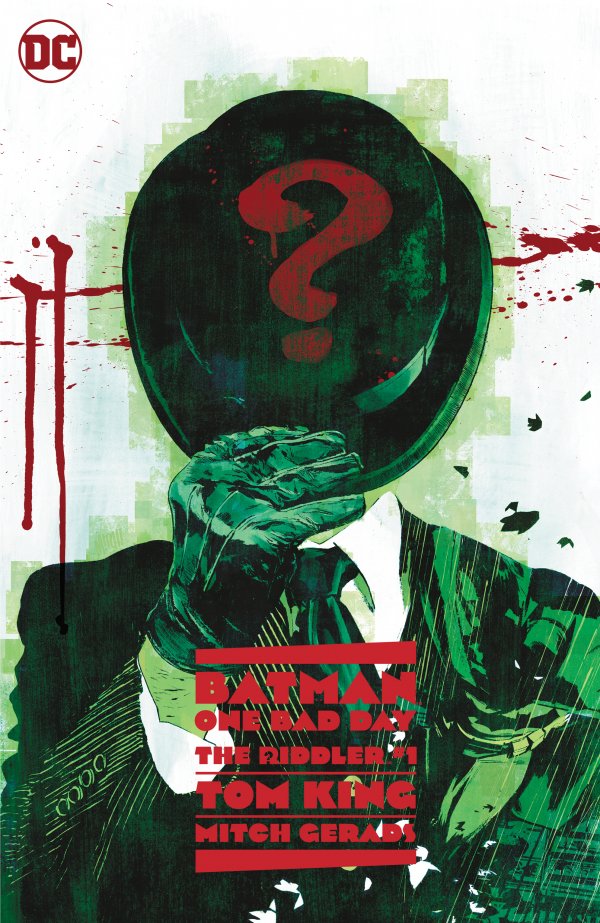 It’s always heads or tails with Two-Face. As one of Batman’s most tragic villains, Harvey Dent could have continued his hard work as Gotham’s DA while being one of Batman’s greatest allies if not for the acid that scarred half his body. It seems that Harvey is finally free from Two-Face’s influence. Has Batman’s multiple attempts to reform the man finally paid off?

Mariko Tamaki and Javier Fernandez team up to explore a different side of the coin that is Harvey Dent. Mariko Tamaki is known for her work on Detective Comics, Crush & Lobo, and multiple graphic novels from DC Comic’s young adult imprint DC Ink. Javier Fernandez has worked on titles such as Nightwing and King Spawn. The issue is scheduled to release on September 20th, 2022. 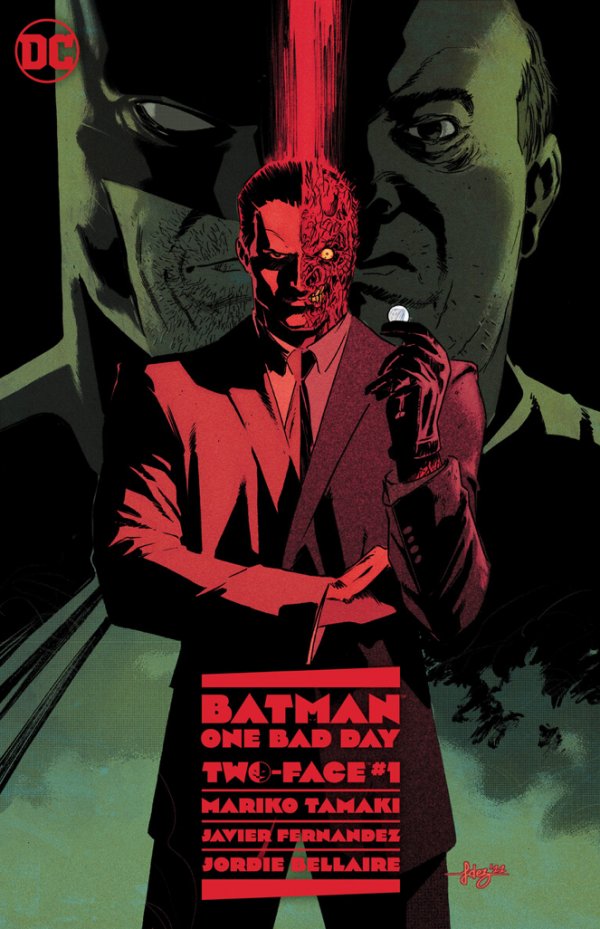 Batman: One Bad Day – The Penguin

The Penguin’s criminal empire has been stolen by someone who was once an associate for him. Cobblepot has to deal with the after, and Batman has to deal with him. And a new character steps into Gotham, known as The Umbrella Man, as the streets of Gotham burn.

DC Comics’ veterans John Ridley and Giuseppe Camuncoli join forces to tell a brand new story featuring the cold criminal underworld lord. John Ridley’s previous works include Future State: The Next Batman, I Am Batman, and The Other History of the DC Universe. Giuseppi Camuncoli has worked as the artist on The Other History of the DC Universe and Undiscovered Country. The issue is set to release on October 18, 2022. 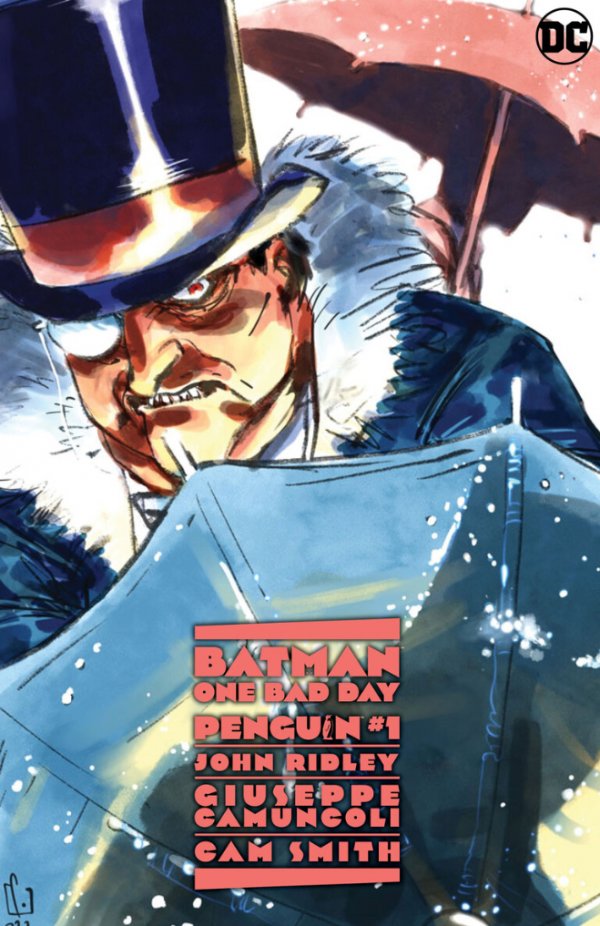 Teasing a story that will feature both Batman and Robin, the story of Mr. Freeze will flashback to a winter in Gotham that was so icy that the villain that was once Victor Fries can operate without his containment suit. Set to release around the winter holidays, the creators have promised that it will be the meanest, baddest, and best Mr. Freeze tale ever told,

Gerry Duggan is returning to DC Comics to collaborate with Matteo Scalera to deliver the coldest take on Mr. Freeze that has been seen. Gerry Duggan is currently working on X-Men with Marvel and wrote Arkham Manor. Matteo Scalera is a visual artist who has worked on Batman White Knight: Harley Quinn and the Image Comics series Black Science. The one-shot is scheduled to hit shelves on November 15th, 2022. Gotham’s favorite jewel thief has to steal back something that once belonged to her family. Selina Kyle’s mother long ago pawned off a brooch for pennies. That brooch is now set to be a part of a high-bid auction. The stakes are personal with this heist as Catwoman’s willing to get the brooch back at any cost.

The story is being told by DC Comic creatives G. Willow Wilson and Jamie McKelvie. G. Willow Wilson currently also has Poison Ivy and Wonder Woman on comic store shelves. Jamie McKelvie who has worked with Kieron Gillen in the past on Wicked + Divine and Young Avengers as well as so many other works. Their on-shot in this series is scheduled to be released on December 20th, 2022.

The villain who broke the Bat has returned for his final form of vengeance. But, at what cost? Bane’s mind, body, and spirit will be ravaged in the new year.

Writer Joshua Williamson and artist Howard Porter will shine a new light on Bane with their standalone story. Joshua Williamson is a prolific writer with notable works such as Flash, Birthright, Nailbiter, and DC Comics’ biggest event this year Dark Crisis. Howard Porter is also a seasoned creator who worked with Williamson on Flash as well as works such as JLA and Scooby Apocalypse. Readers can find the issue in comic stores on January 17th, 2023. It’s always been Basil Karlo’s dream to become famous. But, the pollution in Gotham doesn’t let stars shine bright. Clayface decides to travel to the City of Angels where he can make a killing as he tries to make it to the big leagues. Batman has to chase him down to stop the murders this upcoming February.

Collin Kelly is joined by writer Jackson Lanzing and artist Xermanico to shape a new tale for Clayface. Collin Kelly has worked on Batman & Robin: Eternal, Green Arrow, and Marvel’s Kang the Conquerer, which was released last year. Jackson Lanzing has collaborated with Collin Kelly on Batman & Robin: Eternal and Boom! Studios’ Joyride as well as many others. Xermanico has worked on Flashpoint Beyond and Infinite Frontier. The story is scheduled to release on February 14th, 2023. The eighth and final installment in the series of one-shots focuses on Batman’s immortal enemy. Since the issue is so far out, there’s little else known about the plot. But, the team that will deliver the grand finale will be Tom Taylor and Ivan Reis. Tom Taylor is an accomplished writer who’s worked on hits such as Injustice, DCeased, Nightwing, and Dark Knights of Steel. His equally accomplished artist counterpart has worked on Action Comics, Green Lantern, and Aquaman. The book is set to release March 15th, 2023. 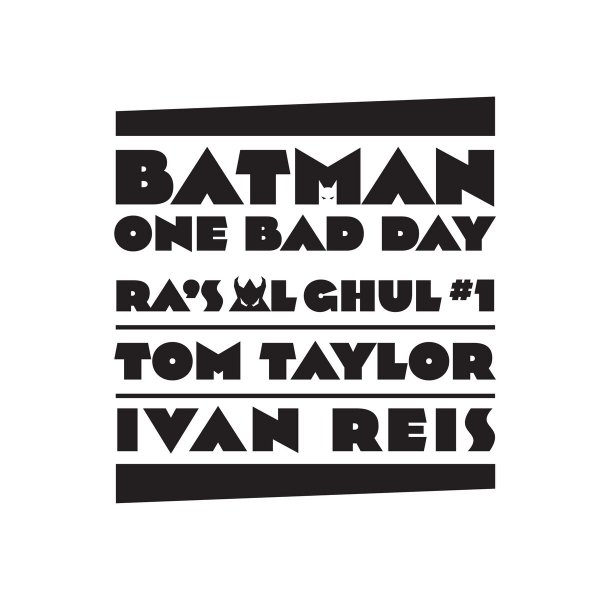 Don’t wait for these comics to hit the shelf. Add them to your subscription at your local Coliseum of Comics and have them pulled for you before our doors even open on New Comic Book Day. You can add the eight new titles to your subscription today by filling out the form below.

Never miss an issue! And, to stay up-to-date on the newest releases in comics, games, and collectibles, sign up for our newsletter! We let our Coliseum Faithful know about the hottest titles hitting the shelves from publishers and what we’ve got going on at all of our locations every week!