A world shattered in an instant when clouds darken and sharp crystalline nails hail down on those below. The visual adaptation of Joe Hill’s short story from his book Strange Weather serves as the launching point for Image Comic’s new comic imprint Syzygy.

The story follows a young woman named Honeysuckle Speck as she gets ready to welcome her girlfriend Yolanda into her home in Boulder, Colorado. Honeysuckle is a young, 20-something woman with an emotionally distant relationship with her parents. Despite the small strain on her life this non-existent relationship brings her, she finds love and acceptance from Yolanda, her long-term girlfriend, and Yolanda’s parents, who have surprisingly welcomed her into their lives with open arms. But, this isn’t the “slice-of-life” story you may think it is as Joe Hill crafts a delightfully disturbing scenario that threatens the life Honeysuckle and Yolanda are ready to build together. The skies darken over, not only Colorado, but the world, and a deluge of nails rain down upon anyone who’s unfortunate enough to be standing outside. What are Honeysuckle and Yolanda to do as they bear witness to the apocalyptic event that unfolds before them? Will their relationship survive? Will they? 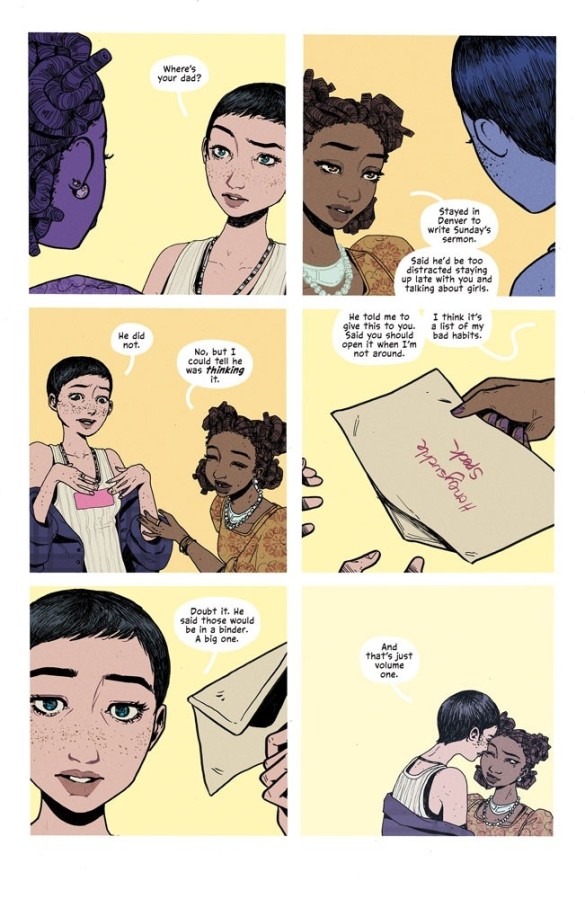 The comic serves as an adaptation to Joe Hill’s previously published story. The name Joe Hill may ring a bell as he’s written many comic book hits in the past few years, most notably among them being Locke & Key which received the silver screen treatment from Netflix back in February of 2020. He also created a comic imprint with DC Comics called Hill House which debuted five titles featuring chilling, spooky, and subversive tales that graced the shelves of comic book store’s shelves. Besides writing his own critically acclaimed books, Joe Hill is also the son of Stephen King. The ability to tell spooky, unsettling tales runs through his blood.

While he is not penning the upcoming series himself, David M. Booher, Zoe Thorogood, Chris O’Halloran, and Shawn Lee bring fantastic visualization of the novella Hill wrote in 2017 in this upcoming 5-issue mini-series. Rain is an exciting start to the brand new imprint at Image Comics, Syzygy, headed by Chris Ryall and Ashley Wood, creators of Zombies Vs. Robots. Each issue of Rain will feature a backup story for Unnamed, another upcoming title from Syzygy featuring immortal beings hunting fanged creatures with 1960s London as a backdrop.

Syzygy Publishing takes its name from the term Syzygy, pronounced /ˈsizijē/, which means “a pair of connected or corresponding things.” The definition could lend a hint as to what’s to come from the Image Comics imprint, but there’s no way to know for sure until the comics release. Their website does also tease a lineup of other books, including T.P. Louis and Ashley Wood’s 7174 Annual and YOU WILL NOT KNOW THY NAME. The former seems to be collected stories from T.P. Louis and Ashley Wood’s collectibles business Underverse. The latter is as mysterious as its title. 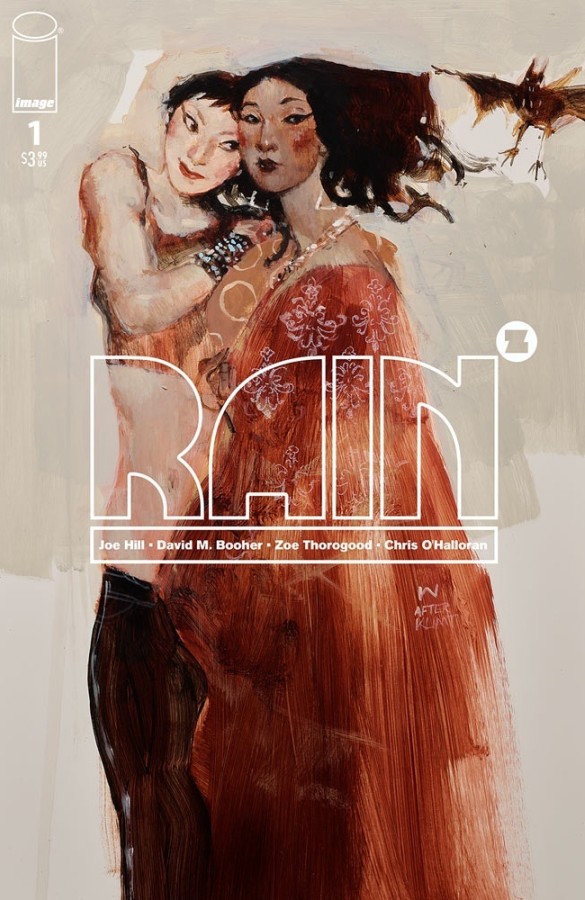 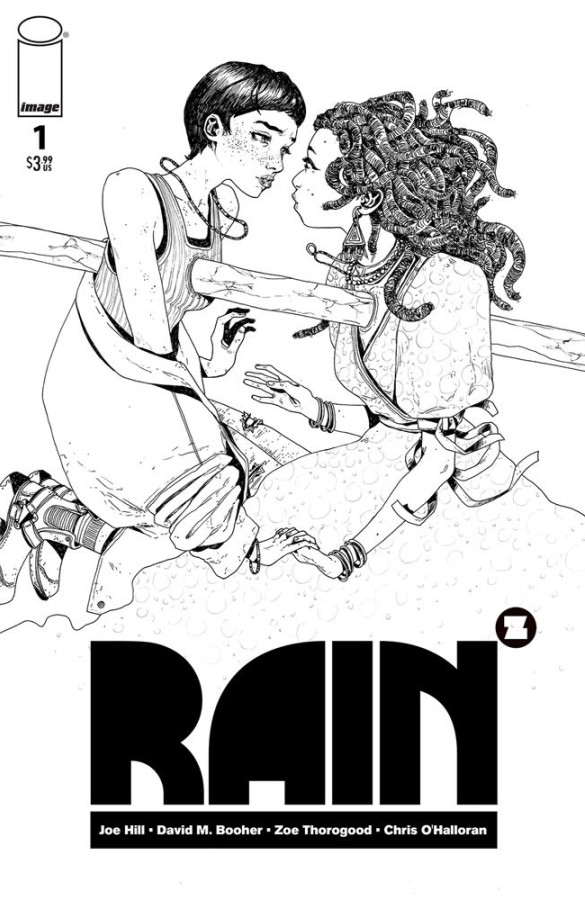 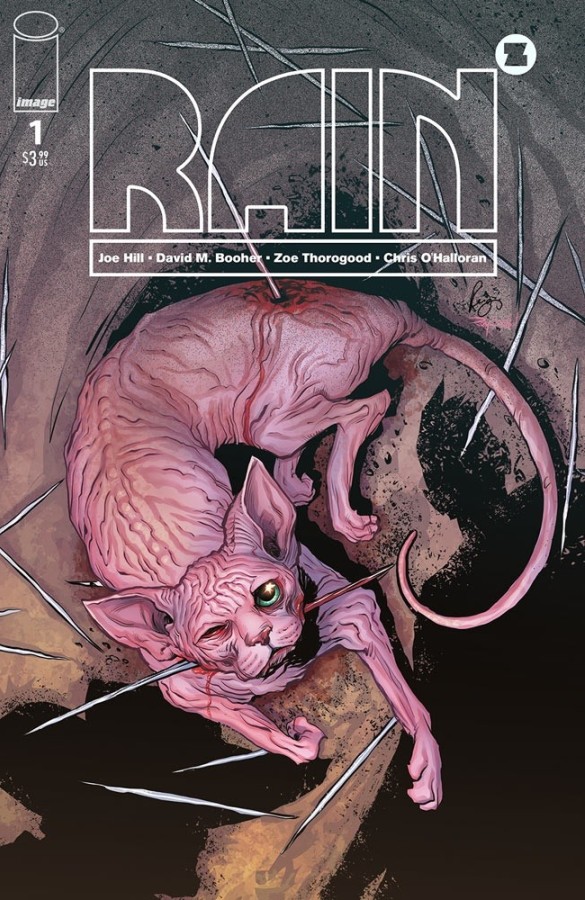 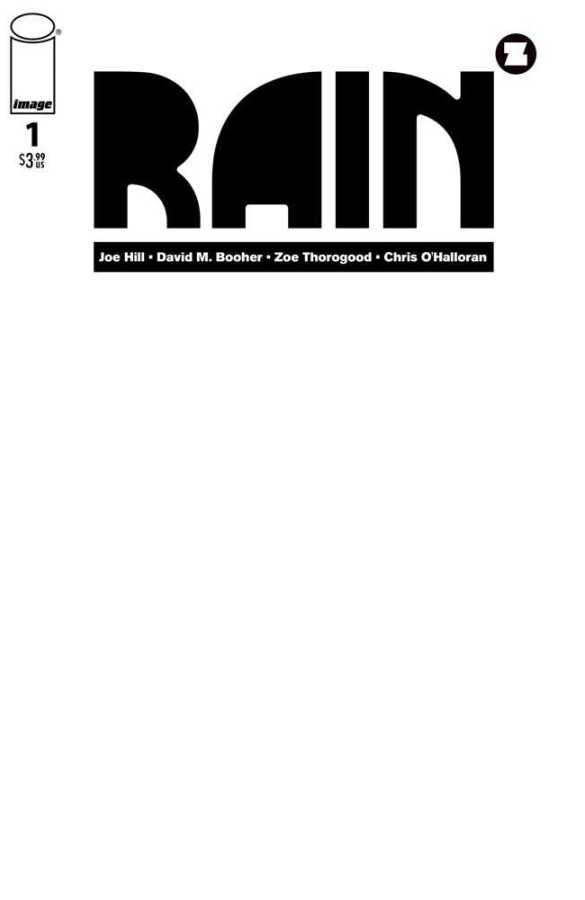 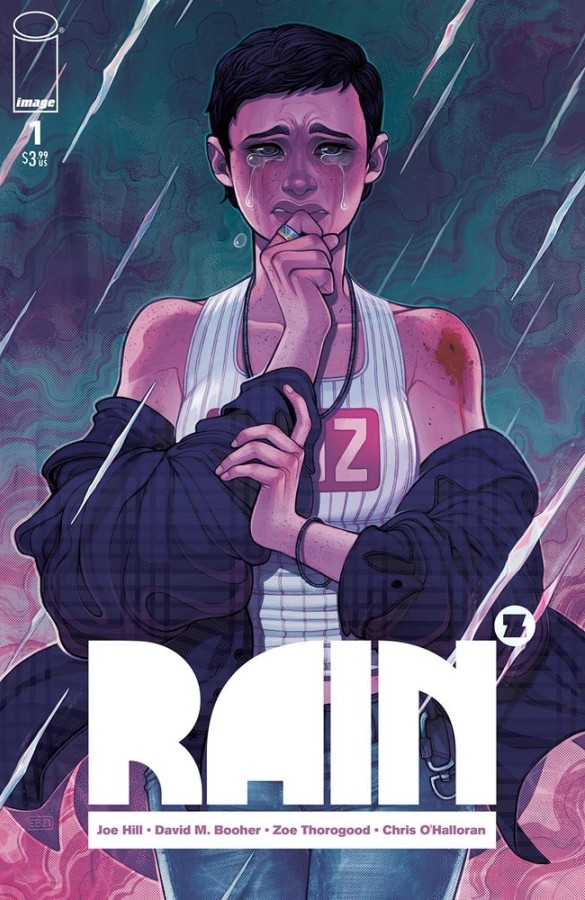 The first issue of Rain hits comic book shelves on January 12, 2022, and features five variant covers, one of which is inspired by famed Austrian artist Gustav Klimt. Add it to your subscription, pre-order today, or be sure to stop by your local Coliseum of Comics to grab your copy the Wednesday it releases!