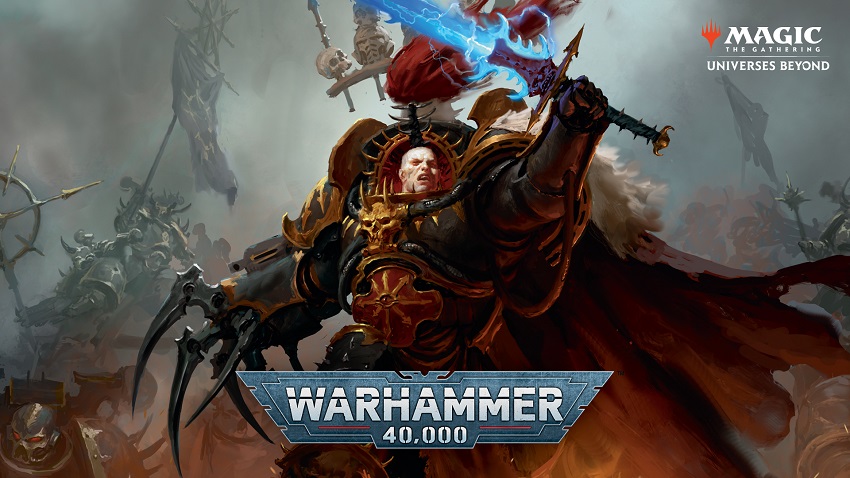 Grab your friends and choose your factions as Magic the Gathering ventures into the grimdark future of Warhammer 40,000! Wizards of the Coast and Games Workshop are teaming up to bring MTG players four commander decks that are as authentic as possible to the factions and strategies from the Warhammer 40,000 universe.

And, each also comes in a Collector’s Edition, featuring fully foiled cards with the never-before-seen special surge foil and has the same card content.

It’s the perfect way for Warhammer players who’ve wanted to play Magic to get started! The Commander format allows you to play legendary creatures and make big plays. You can find more information on getting started from Wizards of the Coast or stop into your local Coliseum of Comics during a game day, and reserve your Commander Deck today! Universes Beyond is scheduled to release on October 7th, 2022.