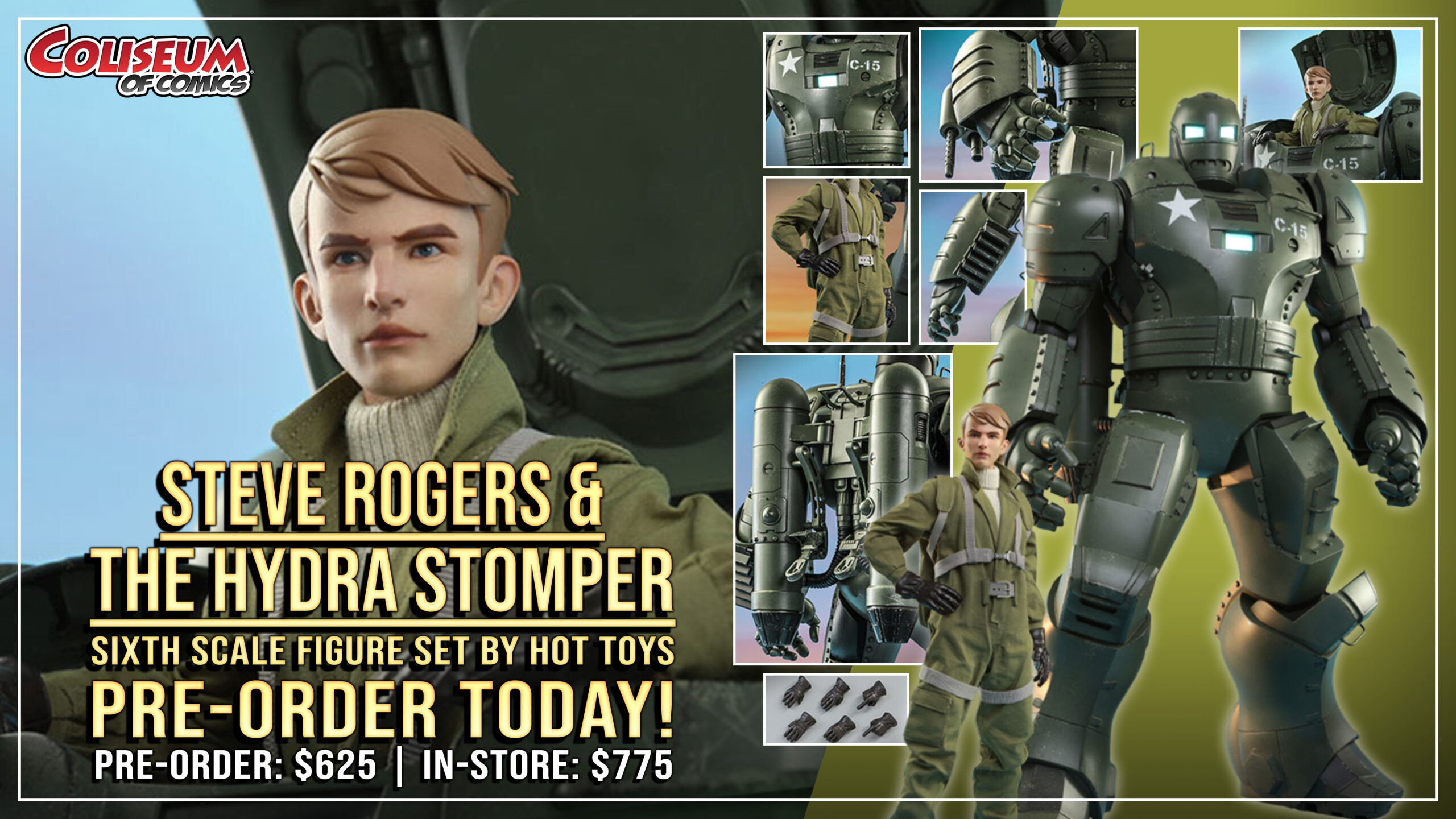 “Stark made me some new dancing shoes. What do you think?” – Steve Rogers

Who does Peggy Carter call in for backup when she needs it? Steve Rogers, of course. In this universe, Peggy Carter jumps into action with a number of familiar faces, but even she might need some help defeating the enemy. Calling in air support, she certainly doesn’t expect Steve to come swooping in – in a Hydra Stomper suit.

Inspired by Marvel Studios’ What If…? animation series, Sideshow and Hot Toys present the Steve Rogers and The Hydra Stomper Sixth Scale Collectible Set to recreate some awesome fight scenes.

Captured Hydra Stomper’s appearance in What If…? animation series, the 1:6th scale figure is complemented with perfectly scaled design, outstanding painting applications, also mechanical details such as thrusters, shooters, and an opening cockpit. Measuring at approximately 56cm in height, it features LED Light-up designs on the eyes, an arc reactor; semi articulated body with the ability to perform head, shoulder, arms, wrist, and waist movements.

Meticulously crafted based on his latest appearance in What If…? animation series, Steve Rogers 1:6th scale figure features a newly developed head sculpt and hair sculpture with remarkable likeness, meticulously tailored outfit, a backpack, a selection of interchangeable hands, and a display base.

Expand your What If…? collection with Steve Rogers and the Hydra Stomper Collectible Set!