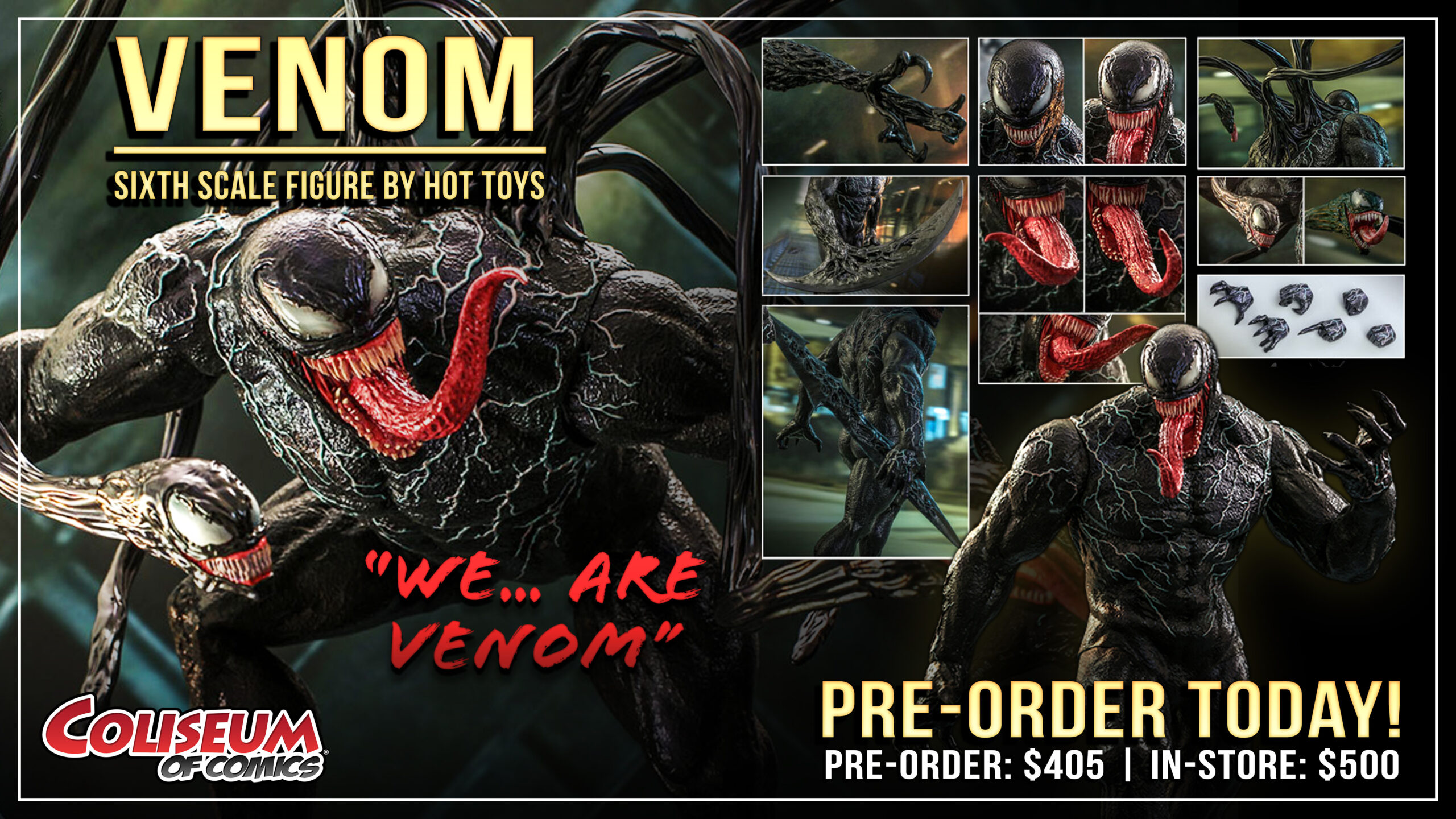 “On my world, I’m pretty much a loser. Kind of like you, Eddie. But here on Earth, together, perhaps we could be something more.” – Venom

Venom is one of the four alien symbiotes drifting through space on a comet as an advance scout party, looking for worlds to conquer, and approaching living body as hosts to survive. However, the symbiotes never really found a place where they can exist in harmony with the life forms of whatever planet they find themselves on. Not until Venom finds Eddie Brock on Earth, finds himself to live in equilibrium.

Masterfully crafted based on the appearance of Venom from the movie, the screen-accurate vinyl figure measures approximately 38cm tall displays a high level of detailed sculpting, especially on the texture of his skin, fearsome fanged mouth, and tongue. The latest figure introduces a body painted with black polarized paint that gives a natural shiny glow from different viewing angles;  two newly developed head sculpts featuring a grinning head sculpt, as well as a head sculpt with fanged mouth and interchangeable protruding tongues; interchangeable weapons and accessories including symbiote weapons and Riot’s symbiote sword; multiple Venom with symbiote accessories attachable to figure’s back spewing black liquid; matching hands for iconic gestures; and a movie-themed figure stand.

The ultimate symbiote figure is striking fear into your unconventional Marvel display!