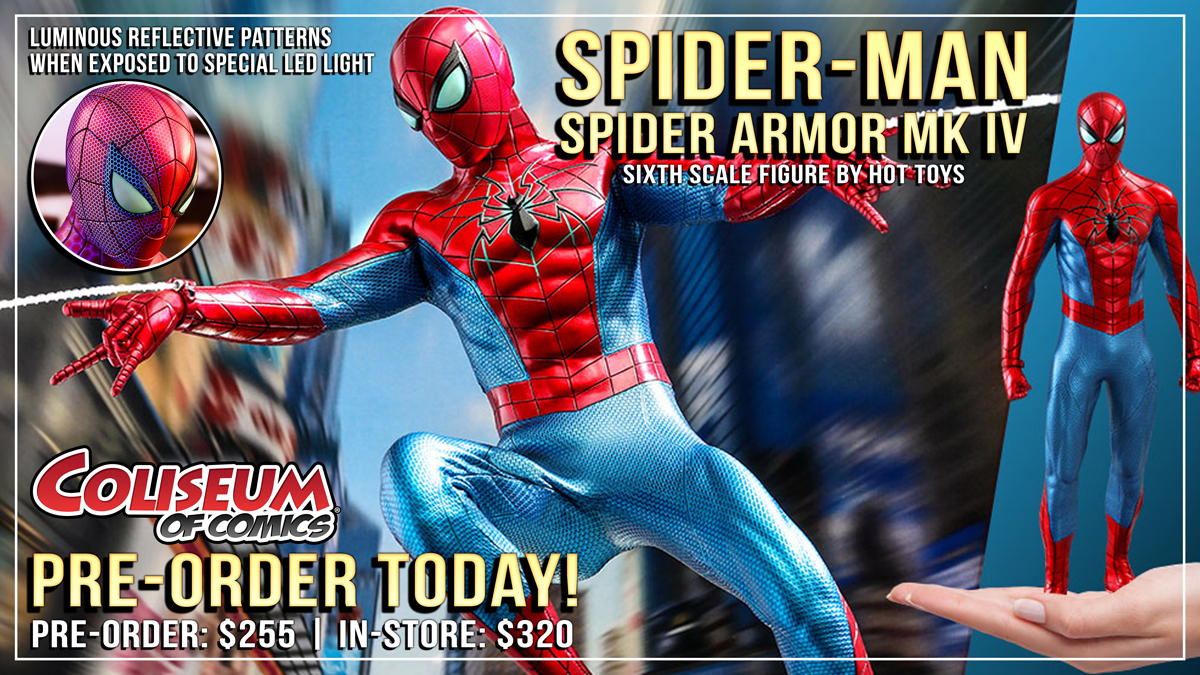 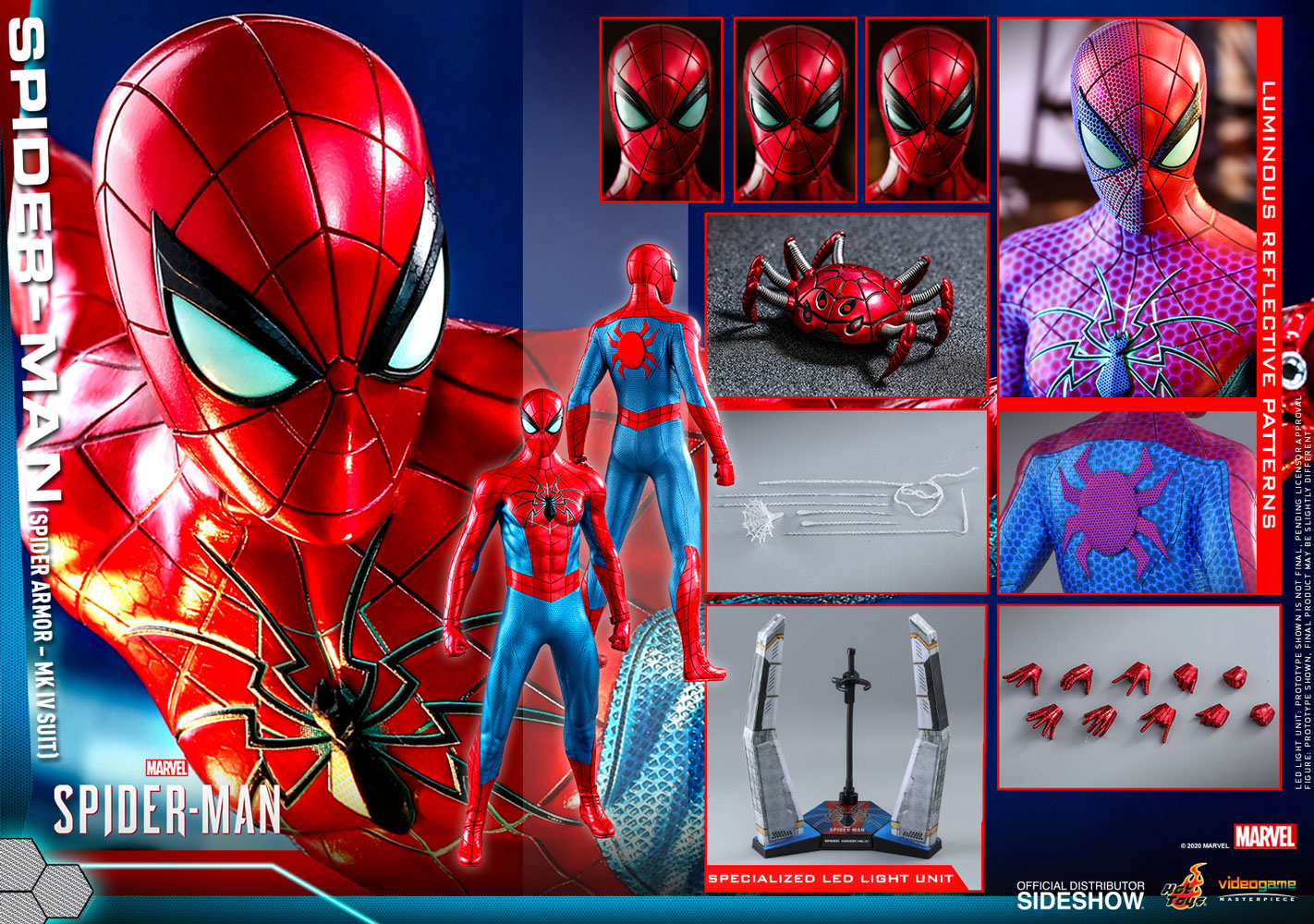 Developed by Peter Parker at Parker Industries, the Spider Armor – MK IV Suit is a high-tech variation of the classic red and blue costume with a distinct glowing spider insignia. Made of metallic liquid nano-technology, the advanced armor is capable of absorbing all damages, which renders Spider-Man completely impervious to harm in the critically-acclaimed video game Marvel’s Spider-Man.

The Spider Armor – MK IV Suit will turn you into a strong contender against every foe Spidey has ever faced.