What D&D Class is Your Favorite Superhero?

Local comic shops transformed years ago from simply selling single issues of our favorite characters to becoming a hub for all things in nerdom. Your LCS probably has a game night or a few (you should ask!), and your hobbies likely span beyond the pages of comics and into worlds like Dungeons & Dragons, leading you to ask fun questions like “what D&D class is Batman?”  He’s obviously a rogue, but what about other DC comic characters and superheroes from Marvel? If you’ve ever pondered these questions or are just looking for inspiration for what D&D class you should be, the following is an incomplete, but entertaining insight into what Dungeon & Dragon 5e classes your favorite superhero would be.

Clark Kent was born with his super strength, heat vision, and cold breath making him an obvious candidate for a sorcerer. Sorcerers in D&D 5th edition are gifted their abilities from birth by their bloodline or some otherworldly influence or cosmic force. Superman arguably is the epitome of all of these conditions considering the fact he’s an alien from another planet. As a sorcerer, he has proficiencies with his Constitution and Charisma saving throws, and he would definitely take proficiency in the Persuasion and Intimidation skills. 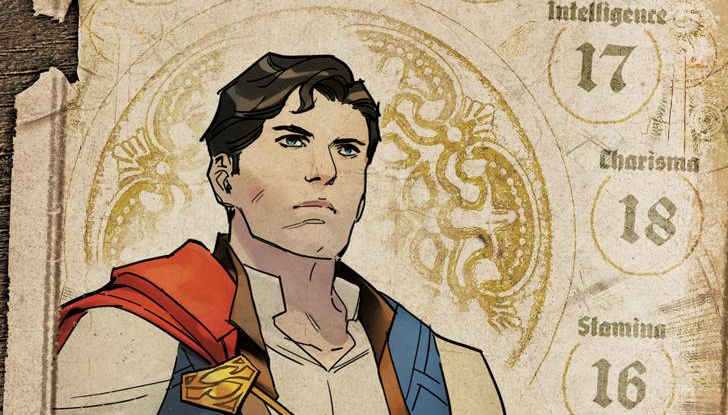 A peek at his spell list would show us that he’d take one of the new spells offered in Fizban’s Treasury of Dragons Raulothim’s Psychic Lance as well as classics, such as Cone of Cold and Haste. His sorcerous origin is one of the divine soul, the cleric-like subclass of sorcerer, which gives him his fly speed and access to healing spells for his healing factor.

Jonathan and Martha Kent raised Clark very provincially, giving him that humble upbringing you look for in a D&D 5e character with the background of Folk Hero. The other defining feature of a Folk Hero is their destiny calling them to protect the common folk from monsters and tyrants. Superman encompasses everything that it takes to be a Folk Hero.

It may come as a surprise but the Sorcerer Supreme would not be a sorcerer if you were trying to make him a D&D 5e character. Wizards, as D&D 5e character builds, are defined by their hunger for arcane knowledge, and Stephen Strange spent years studying under the Ancient One until he was able to harness and master the mystical arts, making him the perfect wizard. As this type of 5e magic-user, Doctor Strange has proficiencies with his Intelligence and Wisdom saving throws, and he would also have proficiency in the Arcane and Medicine skills.

Wizards have an extensive list of spells at their disposal thanks to their spellbooks, which can hold numerous spells if you have the time and money to dedicate to learning. Stephen Strange has a plethora of magic at his fingertips, which can make it hard to conceptualize what spells he would in his spellbook as a low-level D&D 5e character. He would definitely have Minor Illusion, Fire Bolt, and Lightning Lure as his three first-level cantrips. Some later spells that have the potential to be signature moves include Shield, Dimension Door, Banishment, and Slow.

As a D&D 5e wizard, Doctor Strange does need to specialize in a school of magic. There could be arguments for a few different schools of magic, but ultimately the school of abjuration, which focuses on protecting and warding, is the right fit for anyone trying to build Doctor Strange for Dungeons & Dragons game. The extensive time it took Stephen Strange to become everything he is, both as a surgeon and a mage, makes his background in D&D a Sage.

It may come as no surprise that someone from Batman’s gallery of rogues is a rogue in D&D 5e. Dr. Harleen Quinzel is a multi-faceted character who can psychoanalyze and throw a punch all in the same breath. This versatility is what defines rogues in Dungeons & Dragons. They’re the shadiest of the D&D 5e classes, often depicted as con-artists, cutpurses, and general scoundrels. They’re reluctant heroes with dubious morals, much like one Harley Quinn. As a rogue, she gets proficiencies with her Dexterity and Intelligence saving throws and would take Acrobatics, Deception, Sleight of Hand, and Performance as skills.

Rogues don’t get any spellcasting ability unless they take the subclass of Arcane Trickster. Harley doesn’t fit as an Arcane Trickster; she would instead be an Inquisitive Rogue. Her time as a psychologist has given her an eye for sussing out people’s true intentions. Being an Inquisitive Rogue gives Harley access to all of the regular rogue features, like Sneak Attack and Evasion, along with new features including Ear for Deceit and Insightful Fighting.

When it comes to background, Harley Quinn would be a Criminal. She is also a good candidate for Charlatan and Entertainer, but ultimately she is a criminal to her core. She’s villainous on the surface, but she does have many qualities that people find redeemable.

Creating Iron Man in D&D 5e is pretty straightforward but too cool not to go over. There’s no question that Tony Stark would be an artificer, one of the newer classes introduced to 5th edition. Artificers are masters of invention and harness the powers of the arcane to create objects with extraordinary capabilities. As an artificer in D&D 5e, Tony Stark takes proficiency in his Constitution and Intelligence saving throws, and he would take Investigation and Perception as his skills.

When creating a D&D 5e character for Tony Stark, his subclass is what makes him Iron Man. After all, Iron Man wouldn’t be Iron Man without the suit. Taking Armorer as a subclass gives Tony the suit in Dungeons & Dragons. The armor that an artificer craft is intended to work as an enhanced second skin that delivers powerful bursts of arcane attacks and generates a powerful defense. If you choose to make Tony Stark into a D&D 5e character as an Armorer Artificer then you get access to spells that are very fitting for Iron Man, like Magic Missile. 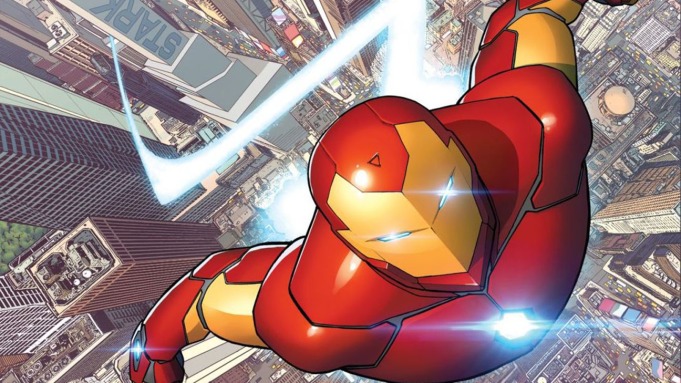 It cannot be denied that Tony Stark was raised privileged and extremely rich. His status makes him perfect for the Noble background. Instead of the Position of Privilege, an Iron Man D&D 5e character would have the alternative Retainers feature, allowing you to include Jarvis in your campaign.

You’d likely feel compelled to make Dick Grayson a rogue when making him into a D&D 5e character at first glance. It’s not a bad placement, but it doesn’t quite fit right. Surprisingly, the best class for Nightwing is monk. Monks in Dungeons & Dragons are nimble masters of martial arts who have honed the control of their body beyond that of ordinary mortals. As a monk, Dick Grayson has proficiencies in his Strength and Dexterity saving throws, and he’d take Insight and Stealth as skills.

When monks reach third level, they commit themselves to a monastic tradition. That tradition would be the Way of Shadows for Nightwing. These monks are often called ninjas as they rely on shadows and stealth. As a Way of Shadow monk, Nightwing gets the benefit of the regular monk features, like Unarmored Defense and Deflect Missiles, as well as those granted by the subclass, such as Shadow Arts.

Figuring out Dick Grayson’s background is also a little difficult. First instinct would put him as an Entertainer thanks to his brief time as an acrobat, but it was very brief. While he was in Batman’s service for some time, he doesn’t exactly fit the persona of a Soldier. His winning charm makes Charlatan a tempting option, but Athlete is by far the best choice and gives him the proficiencies in the Athletics and Acrobatics skills.

X-Men’s Kitty Pryde is another hard superhero to make into a D&D 5e character. Like so many of her fellow mutants, you could easily label her a sorcerer and be done with it. But, a more nuanced look shows that Kate Pryde would be a ranger if she were made into a D&D 5e character, and it’s not just because it would allow her to have Lockheed. As a ranger, Kate would have proficiency with her Strength and Dexterity saving throws, and she would take Animal Handling, Survival, and Investigation as skills.

Rangers D&D 5e characters choose an archetype at third level. For Kate Pryde, that archetype would be Horizon Walker. Horizon Walkers are planar warriors that deal in protecting and defending the different planes of existence, and it also gives Kitty misty step, the closest spell available to replicating her phasing abilities. Being a ranger D&D 5e character also means that she has access to Beast Bond and Meld into Stone.

Kate Pryde’s addition to the current running Marauders comic series makes it clear her D&D 5e character background would be a Sailor. There is the option to choose the variant of a Sailor, a Pirate, but it comes with negative connotations that fans wouldn’t associate with Kate.

The best Dungeons & Dragons characters are based loosely on fictional characters. If you’re having trouble thinking of what D&D 5e character you should play then look to your favorite television show, video game, or comic book. If you need help filling out a D&D 5e character sheet or need a group to play with, stop into your local comic or game store to see what days they host games. Roll for initiative and start playing Dungeons & Dragons.