What Fizban’s Brings to the Table-top

Fizban’s Treasury of Dragons is the latest addition to Dungeons & Dragons 5th edition library and an exciting reference guide for the dragon-lovers who play the game. The tome dives deeper than ever into the lore of dragons in 5e and expands on how players can interact with them and all of the magic that surrounds them. Whether you want to know the differences between a red and gold dragon or you’re looking for tools to help you better slay the creatures, this new D&D book has what you’re looking for. 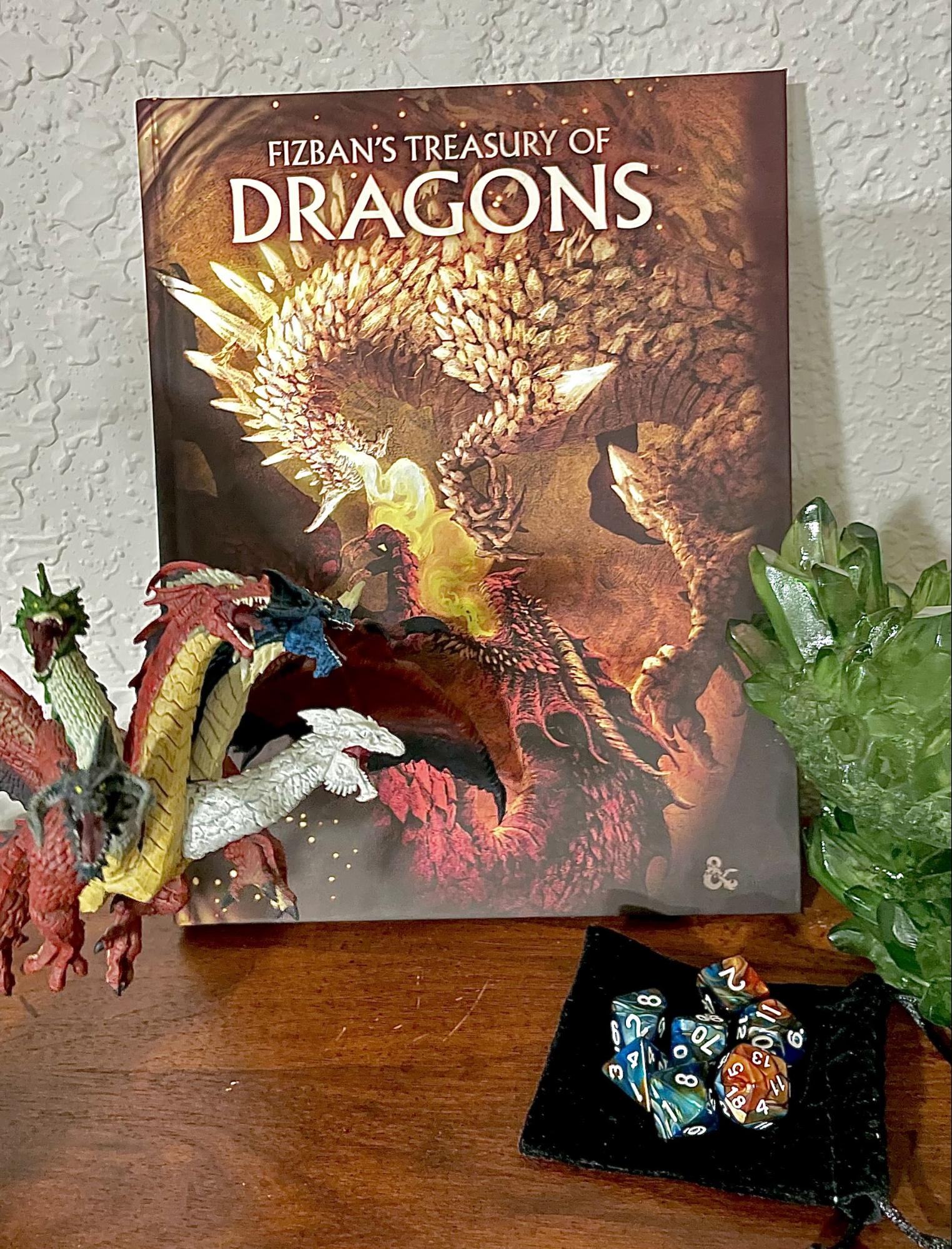 Who in the Nine Hells is Fizban?

Fizban the Fabulous is a character that was introduced to Dungeons & Dragons during the time of Dragonlance. Taking the guise of an addled old mage who happened upon Krynn and helping the heroes of the lance in their war against Takhisis’s forces. Fizban’s constant blundering, trouble remembering his own name, and inability to keep track of his own hat hid his true power and the fact that he is an avatar of the god Paladine, the leader of the faction of good gods in Dragonlance. Paladine is often associated with Bahamut as they share the moniker of The Platinum Dragon, but many view them as completely separate entities. 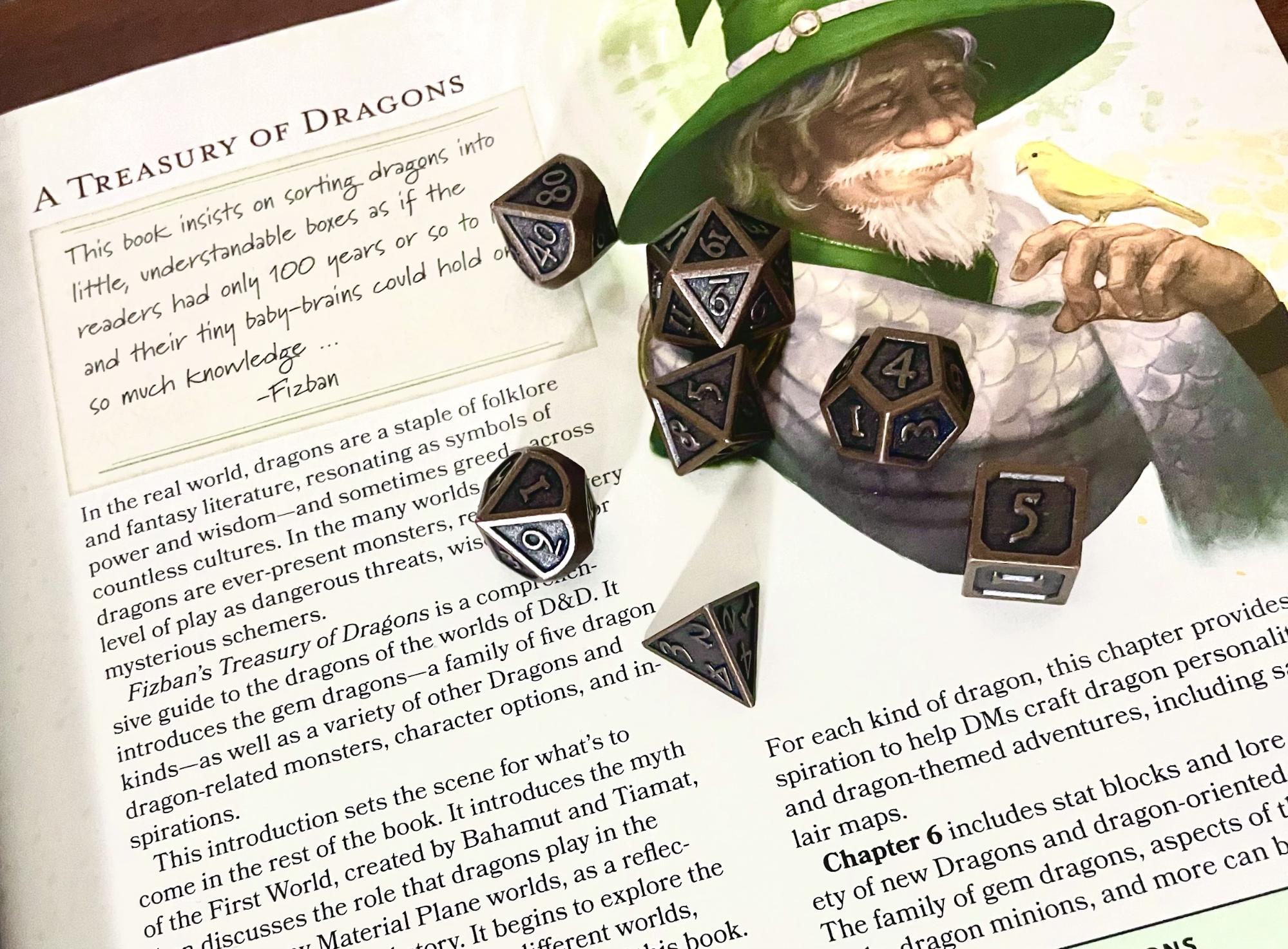 What Does this New D&D Book Bring to the Table?

The new D&D book introduces a ton of new content for players and dungeon masters alike. If you’re looking for something new to add to a current campaign or something to store away for your homebrew world later, this sourcebook has exciting content for you to use.

For players, Wizard’s has introduced two new subclasses for monks and rangers in this new D&D book. Monks can now choose the Way of the Ascendant Dragon where the monasteries’ fundamental teachings focus on emulating dragons and altering one’s spirit to resonate with Draconic might. One of the first notable 3rd level abilities a Way of the Ascendant Dragon monk gets is the Draconic Disciple. The Draconic Disciple feature allows a player character to imbue their unarmed strikes with dragon breath, which can change the damage type dealt as well as giving players to reroll certain Charisma checks and know Draconic. When you reach level three as a ranger, you can now choose Drakewarden as your subclass. As a Drakewarden, the character’s innate draconic spirit manifests itself as a small companion that grows with you. This ability specifically manifests itself with the 3rd level Drakewarden feature called Drake Companion. The new D&D book allows players to summon a small dragon that is bound to them, friendly to their companions, and obeys their commands. 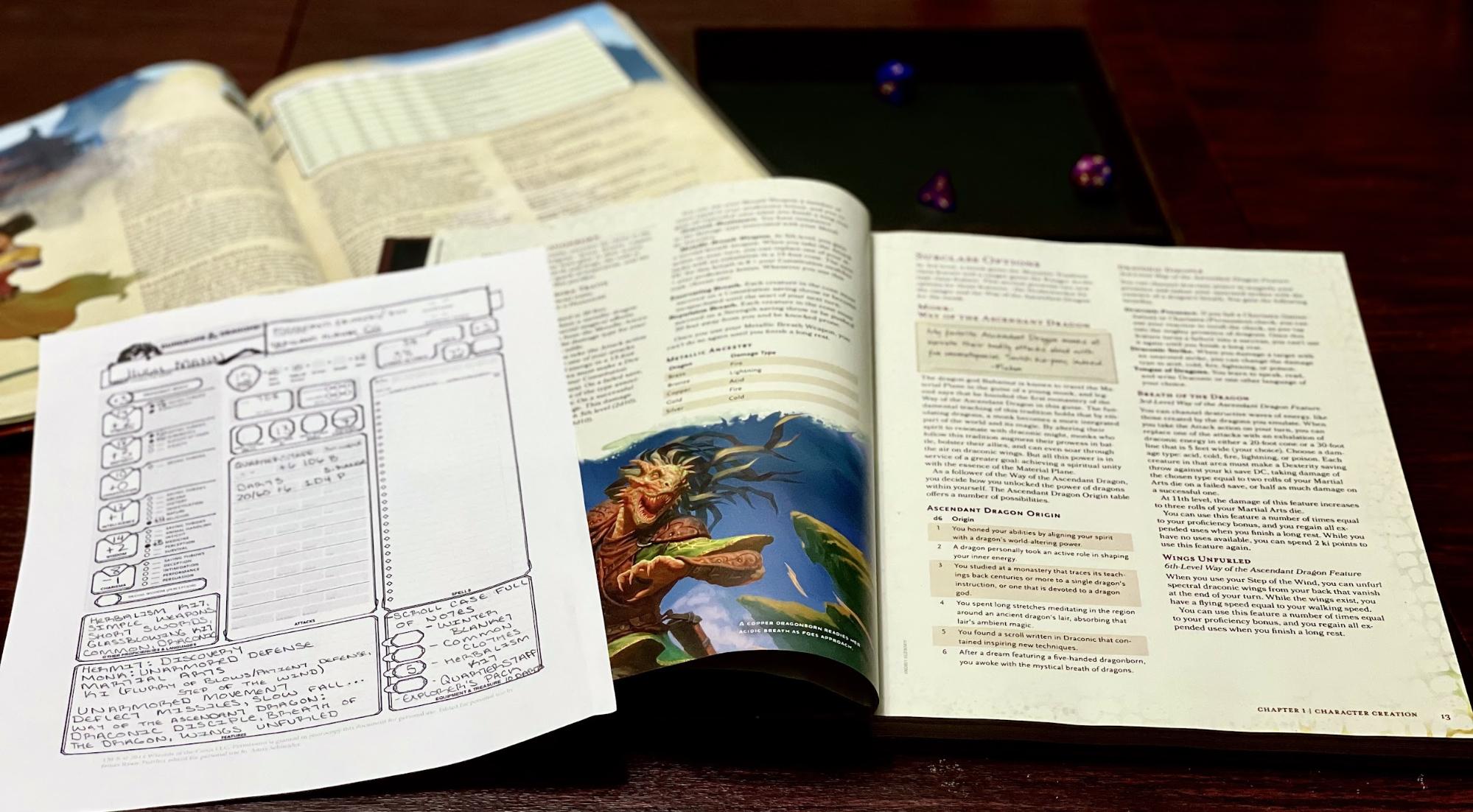 Besides the introduction of new subclasses, the new D&D book also expands on the Dragonborn character race. Wizards of the Coast improved upon the damage dealt by Dragonborns’ breath by switching from the static 2D6 damage to starting with 1D10 and scaling as the player levels. Dragonborns now also have the ability to become immune to the damage type of their draconic ancestry for one minute once they reach 5th level. 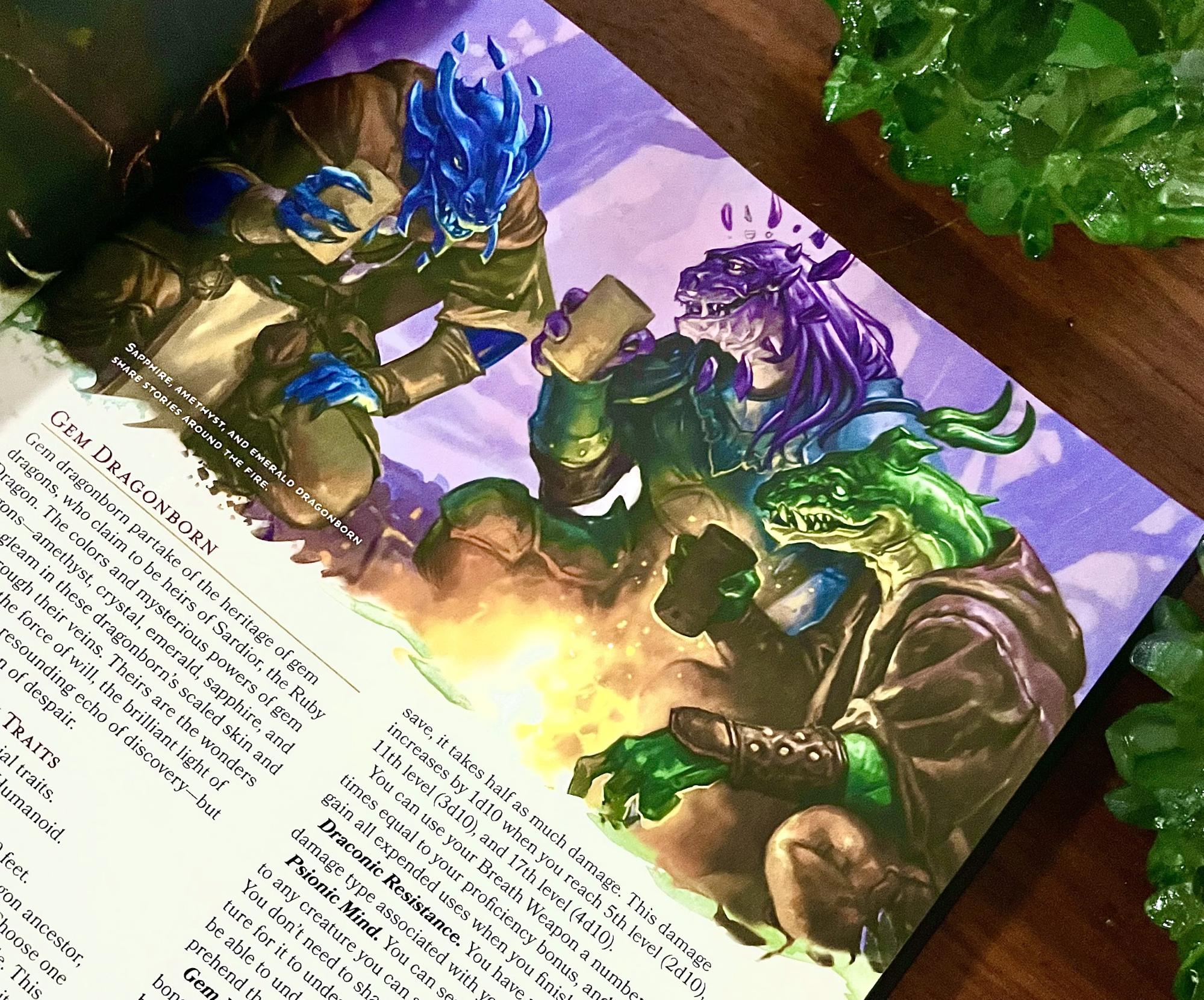 Fizban’s also contains a large section dedicated to Draconic Magic. The new D&D book adds a whopping nine spells to spellcasters’ potential arsenal. One of the most notable among them comes in the form of a 4th-level enchantment called Raulothim’s Psychic Lance. The spell allows the player to shoot a magical beam of psychic energy at a creature they can see within range or a verbally named creature in range that you can’t see. The target then has to make an Intelligent saving throw, taking 7D6 psychic damage if they fail. It’s a powerful spell, but is a nice addition for Bards and Warlock who may be tired of the more limited options they have to choose from at that level. The new D&D book also introduces Draconic Gifts to the game. Dungeon Masters now have the option to grant players power when a dragon dies. These gifts can include Scaled Toughness, which makes PCs resistant to piercing and slashing damage; Draconic Senses, which can grant the character Blindsight and Keen Senses; and many more.

Wizards of the Coast could not publish a new D&D book about dragons and not include the magical goodies players might find in the beast’s horde. Fizban’s Treasury of Dragons added a handful of new magic items for players to covet like Gollum does the one ring. Among these new items are dragonhide belts, the platinum scarf, and the Topaz Annihilator. For the first time in 5e, monks get a magic item that is specific to their class with the introduction of dragonhide belts, which allows them to increase their DCs and regain ki points. The platinum scarf is a legendary item constructed of sturdy cloth and dragon scales. When attuned players can use it to heal or transform the cloth into a shield or hammer. The Topaz Annihilator is another legendary magic item that resembles a musket but packs the punch of a disintegrate spell. PCs also have the chance to find Horde Magic Items which allow magic items to become more powerful depending on the length the item is in the dragon’s horde and the age of the dragon itself.

Dragons are an essential part of the D&D experience. They’re in the name! And, this new D&D book does not skimp on content regarding the beasts. The book updates the stat block of the game’s perhaps most popular dragon Tiamat as well as introduces the concept of gem dragons to the current edition. There are five types of gem dragons. Each type brings their own unique features to the table, but their inclusion also integrates psionic more into the world of D&D 5e as well.

Is It Worth Picking Up?

As far as sourcebooks go, Fizban’s Treasury of Dragons has a lot of useful information that will enrich any game table, and it’s dragons! Who doesn’t like dragons? If you’re interested in buying a copy of Fizban’s, call or stop into your local Coliseum of Comics!