Superheroes, fantasy, and manga took over the world this last year. Manga broke records this year with their sales in the industry with titles like My Hero Academia and anything with Junji Ito’s name on it leading the pack. The surge in subversive superhero shows have also guided fans’ reading habits as well as the increasing popularity of Dungeons & Dragons. And, those at your local comic shop have noticed the trends. Here are Coliseum’s top-selling graphic novels and trade paperbacks:

My Hero Academia follows the journey of a young Izuku Midoriya in a world where 80 percent of the world’s population has a gene (called a quirk) that gives them superpowers. Midoriya wants to be a great hero more than anything but he might be one of the 20 percent of the population that’s born quirkless. Will that stop him from doing everything he can to get into the prestigious U.A. High School where budding heroes go to learn how to be proper superheroes? 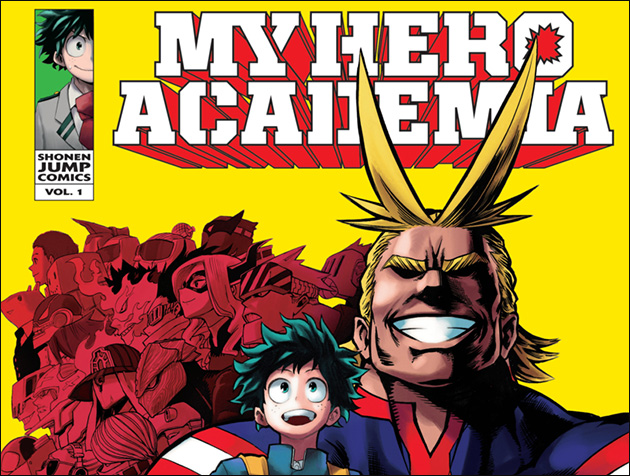 One of the most popular mangas this year was without a doubt the My Hero Academia series. The uptick in sales can likely be attributed to the success of the anime. The show was many people’s first venture into the world of anime thanks to its wide appeal. The show is filled with a variety of characters that experience really strong character growth. It also caters to other fans’ need for action and cool superhero designs. The fifth season premiered in March of 2021, driving people to want to pick up the source material.

My Hero Academia Volume 1 encompasses the beginning of Midoriya’s story and is a must-read for any manga fan.

Spawn is the alias of Al Simmons, a secret government operative who gets killed. In his afterlife, Al makes a deal for his soul to return to Earth so that he may be with his wife Wanda again. However, the deal he makes doesn’t turn out to be a fair one. He’s returned to Earth, but in an altered state. Most of his memories are removed and he’s been left disfigured by hideous scars. He has also returned in a costume that’s able to change form and can act independently from him. It turns out that hell has returned him as a hellspawn to eventually fight in the eventual war against heaven, but Spawn has other plans and fights against his masters’ wishes.

This past year has been big for Spawn. In comics, his solo book has expanded into an extended universe that feature fan-favorite versions of him, like Gunslinger Spawn, and is set to debut the first Spawn team-up title with The Scorched, set to release on January 22, 2022. The sales of Spawn:Origins Volume 1 are also due to the continuous development of the Blumhouse Spawn reboot. The movie has been in the works since 2017 but has had a lot of progression this year. The production has found a new screenwriter, and Todd McFarlane has teased that there may be more news regarding the movie early next year.

Spawn:Origins Volume 1 collects the very first six issues published of the Spawn series. If you want to jump on the Spawn train before the movie is announced, now is the time!

Mark Grayson is a normal teenage boy. He attends regular ol’ American high school, has a part-time job that he hates, doesn’t quite get girls, and loves hanging out with his friends. His father is also the most powerful superhero in the world. And, he may be coming into powers of his own. But, it’s no big deal. He’s still just like everyone else his age. He just hopes to follow in his dad’s footsteps one day and thwart alien invasions and supervillains in between studying and figuring out if his crush likes him.

Invincible has always been a popular comic series since its inception. The success of the Amazon animated show also helped the comic gain exposure and local comic stores saw a humongous surge of new readers come through their doors in search of these trade paperbacks.

The first season went through a lot of material in a short amount of time, so pick up the comics if you’re looking for backstory and to get ahead before season 2 comes out.

It’s been ten years since the first issue hit the shelves. And, even after a three year hiatus, readers old and new are loving the epic story that follows star-crossed lovers Marko and Alana and their daughter Hazel as they trek across the galaxy, fleeing an intergalactic war and trying to take care of their family.

With the announcement that the last arc of the series will finally be published this coming January, readers are picking up the trade paperbacks to refresh their memories. Some are just jumping in on the action. The long break has not appeared to turn fans away. Many have waited on the edges of their seats the entire time for Brian K. Vaughn and Fiona Staples to return.

There’s still time to catch up before Saga #54! Stop in to your comic store to see if they have the first trade paperback, the compendium, or the box set available for purchase.

Dungeons and Dragons has grown from a game that only outsiders play and parents fear to a phenomenon that even your favorite celebrity might partake in. This complete explosion into the mainstream of pop culture is thanks in no small part to the internet show/podcast Critical Role. The premise is a simple one: “a bunch of nerdy-ass voice actors sit around and play Dungeons and Dragons.” The cast took the parts of their first campaign that were played out off-air and created Critical Role Vox Machina: Origins, a comic series that follows their player characters before the audience ever saw them on screen. It tells the story of how they met and recounts their early misadventures. 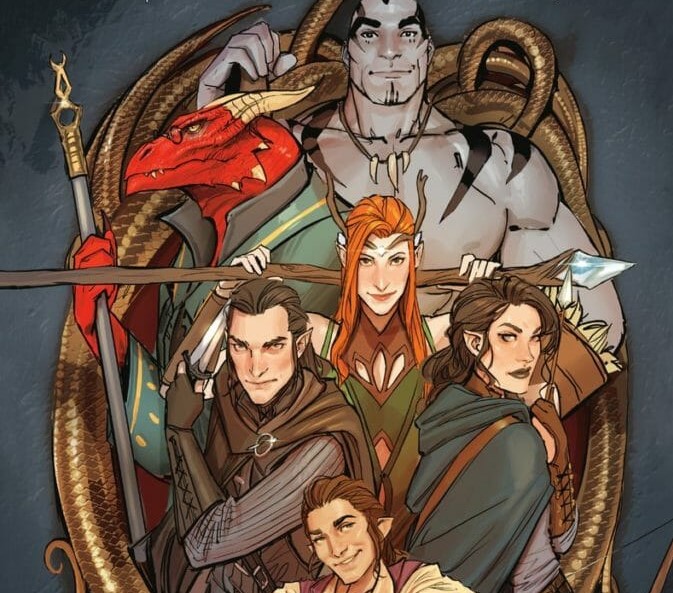 The initial attraction to the show was in part due to the actors’ built-in fanbase. Each of them have had major roles in a number of beloved cartoons, anime, and video games. But, what really keeps the crowd around is the ability to tell rich, character driven stories through a D&D campaign. It is a sizable crowd at that. The show was revealed to be the top-earner on the streaming platform Twitch. Their Kickstarter campaign for their animated show broke records and got the attention of Amazon Video, which took on the project. The first episode of their animated show premieres January 28th, 2022 and recounts events that happened in their first campaign.

Grab the first volume of Critical Role Vox Machina: Origins before jumping into the 373 hours of gameplay that is the first campaign. Or, pick it up and get a little bit of context before the premiere of the show that’s sure to be a hit.

It doesn’t matter whether you love short, succinct stories, enjoy long drawn out epics, or just want to take a peek into what makes a character tick. When it comes to comics and graphic novels, there’s plenty of stories out there that can fit what you’re looking for. If you need any help finding a read that fits your interests, just ask a team member at your favorite Coliseum of Comics.